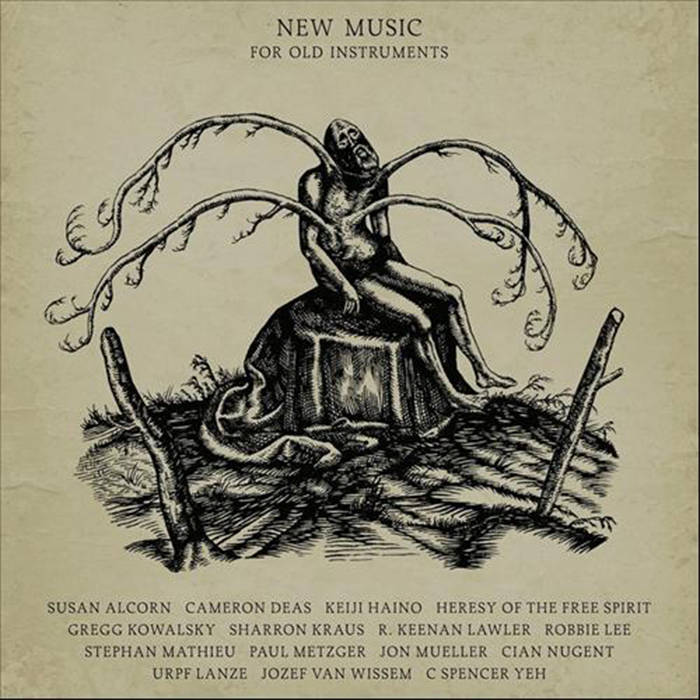 Curated by Jozef van Wissem the “New Music For Old Instruments” festival took place all over the world: in Brussels, New York, Paris, Utrecht, Antwerp and other cities. The idea was to rid traditional instruments of their clichés. When one thinks of a lute for example the Robin Hood image comes to mind of the player standing under a balcony serenading a lady and getting a flower pot thrown at him. In order to update the instrument, to make it mature and give it it’s recognition it deserves, one needs to put it in an entire different and contemporary context, so one denounces audience expectations for example. like not playing the instrument in a classical manner or not playing the instrument for over a minute in concert, making the audience the performer, albeit uneasy and claustrophobic. what else can be done? early instruments can be processed on laptop in many different ways, field recordings can be added, lute tablature can be performed backwards, baroque themes can be repeated without end, the freeing up of these constraints seem endless. the idea is to drag the instrument out of the museum, out of the safe hands of a small group of specialists and give it back to the people. the lute off course is only an example. there are other instruments like this which suffer from cliche. pedal steel, harpsichord, steel guitar you name it. “new music for old instruments” intends to liberate these instruments by updating them in non-conventional ways.