Songs of Love and Loss 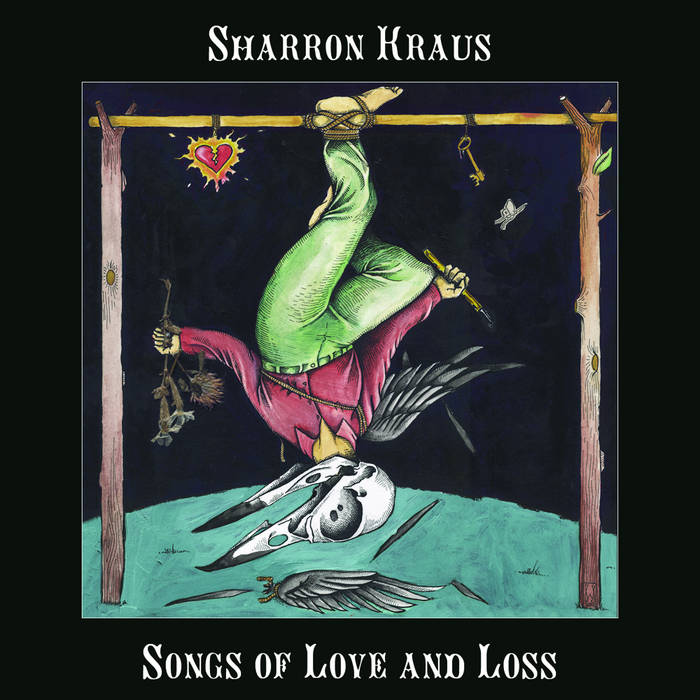 Download comes with jpgs of original artwork and sleevenotes.

the second album from oxford's fabulous sharron kraus is a wonderful follow-up to the haunting debut 'beautiful twisted'. recorded with jeffrey alexander (iditarod / black forest / black sea) this moves from traditional folk (in a shirley collins, anne briggs style) to her own songs and enchants all the way. an immaculate album from a major new singer.
Rough Trade

Sharron Kraus' sophomore effort Songs of Love and Loss follows and diverges from the path she carved out on Beautiful Twisted. Echoes of Shirley & Dolly Collins flit about, but there is no derivative strain in the proceedings. Kraus' more plaintive voice is the perfect balance for her songs, which are laden with the kind of gloomy spirit that drives people to dwell on love's passing and absence rather than its gifts — or perhaps, as evidenced by Kraus' tomes here, this wondrously dark creativity is its gift in an offhanded way. The album was recorded in Oxford with her band that includes Colin Fletcher on bass, Jon Fletcher on banjo and guitar, and cellist and fiddle player Jane Griffiths as welll as a number of stalwart guests including Jeffrey Alexander and Jon Boden. Kraus is both heartbreakingly sweet and sad and deliciously grim, such as on the harrowing "Song of the Hanged Man," where tropes and stereotypes explode without flinching and move into a quiet but tense and cacophonous melody adorned with squeezebox, banjo, and shimmering, clanging steel noises that is delightfully unsettling. This is countered with the lonesome love ballad of abandonment and grief done to a perversely sprightly tempo and bright melody. "Impasse" is a testament to determination no matter the cost and its spare, minor-key manner calculates that cost as very high indeed. The album's opener, "Gallows Song," is a traditional Appalachian ballad that Kraus weds to her own response, "Gallows Hill," keeping its integrity while extrapolating its spirit and putting it into a new context. Songs of Love and Loss is another winner; it may not be as startling as its predecessor since listeners have a frame of reference, but in its textures, dynamics, and sheer minstrelsy, it is even stronger.
All Music Guide